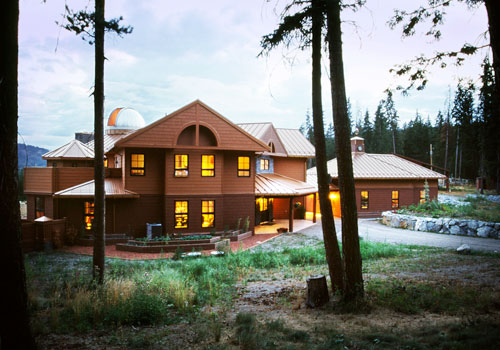 Originally from England, these clients wanted a home that integrated their fascination with the stars. As a designer of operating systems for DVD players on a global scale, the owner wanted a home that made use of the latest in technology. Martin and Vanda searched the internet for Kelowna House Designers and Builders found me. The biggest challenge was the fact that the 5 acre estate lot was experiencing water shortage problems. We had our engineer design a system that stored all of the roof water in underground storage tanks as well as basement storage tanks. The tanks were computer monitored and tied into the deep and shallow wells on their site. When one well was dry the pumps automatically switched over to the other well. The year after the home was built the region experienced the worst drought on record and the system never ran dry. The home also has a high end telescope built into the roof with a custom steel spiral staircase leading up to it. The whole assembly rotates automatically with the movement of the stars. The telescope is wired down to a plasma television in the family room. The owner also has a home office attached to an octagon shaped library with rolling ladders. In this private space he can research and create and in the comfort of his dream home. 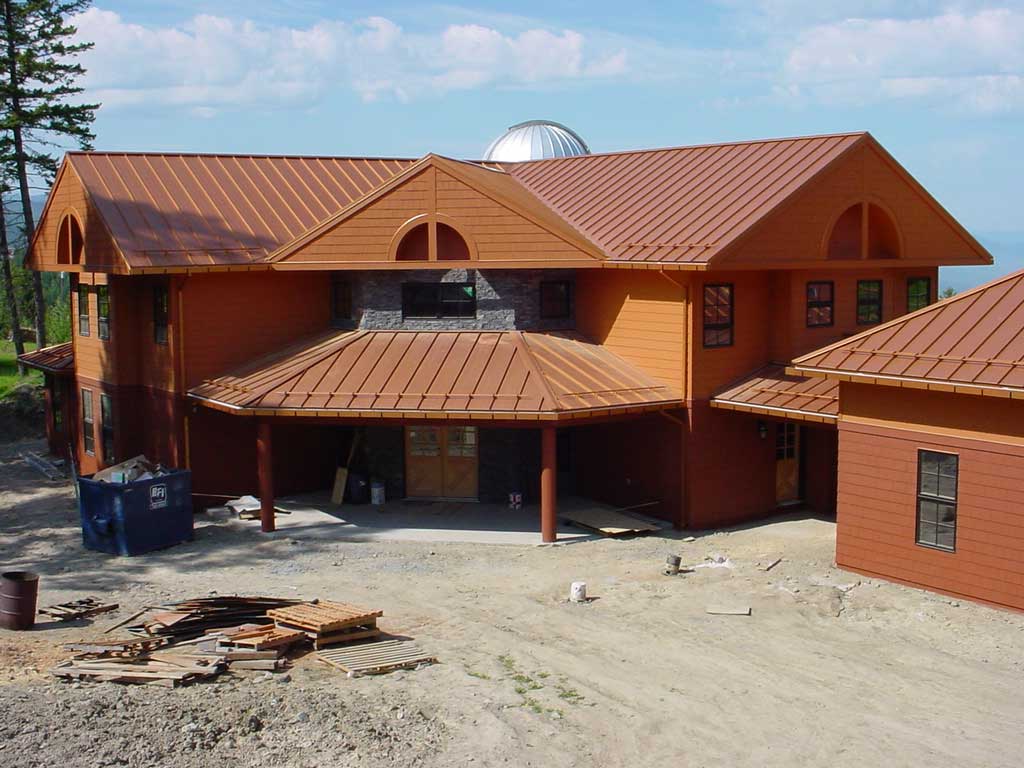 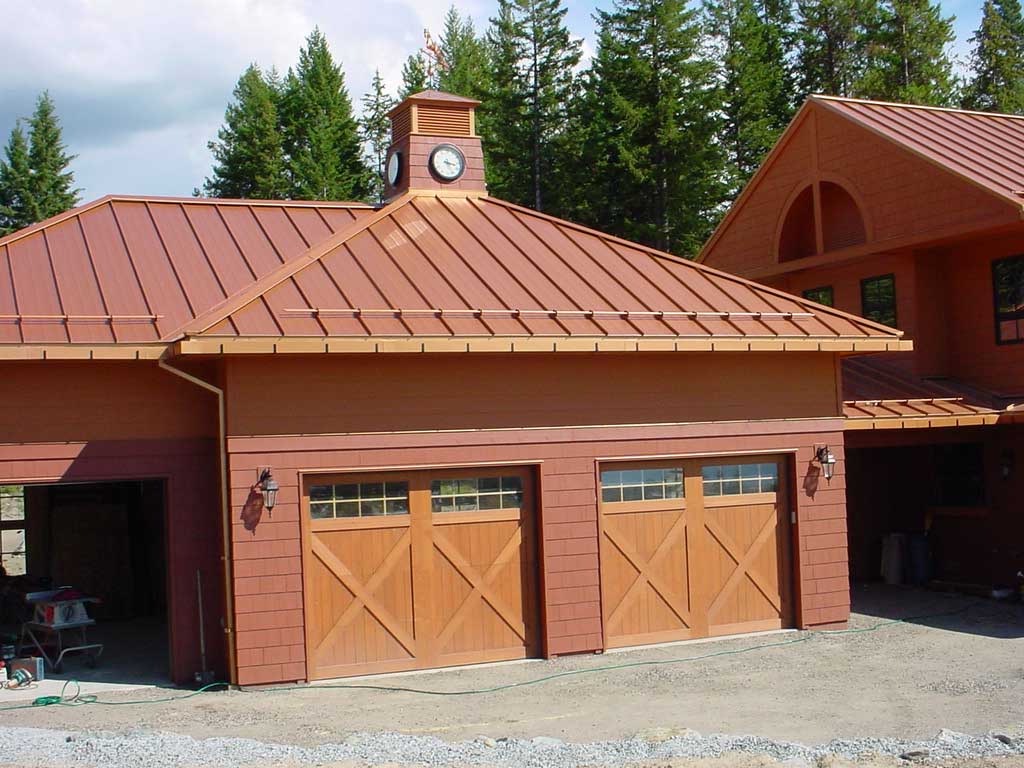 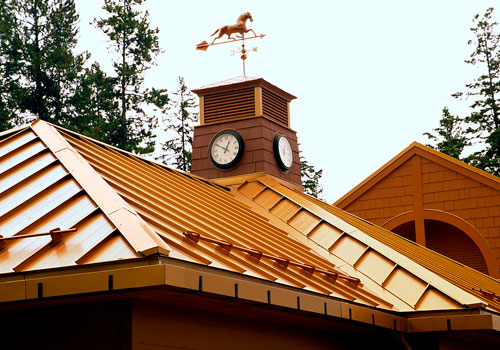 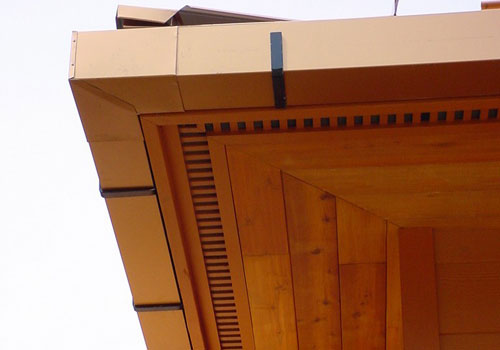 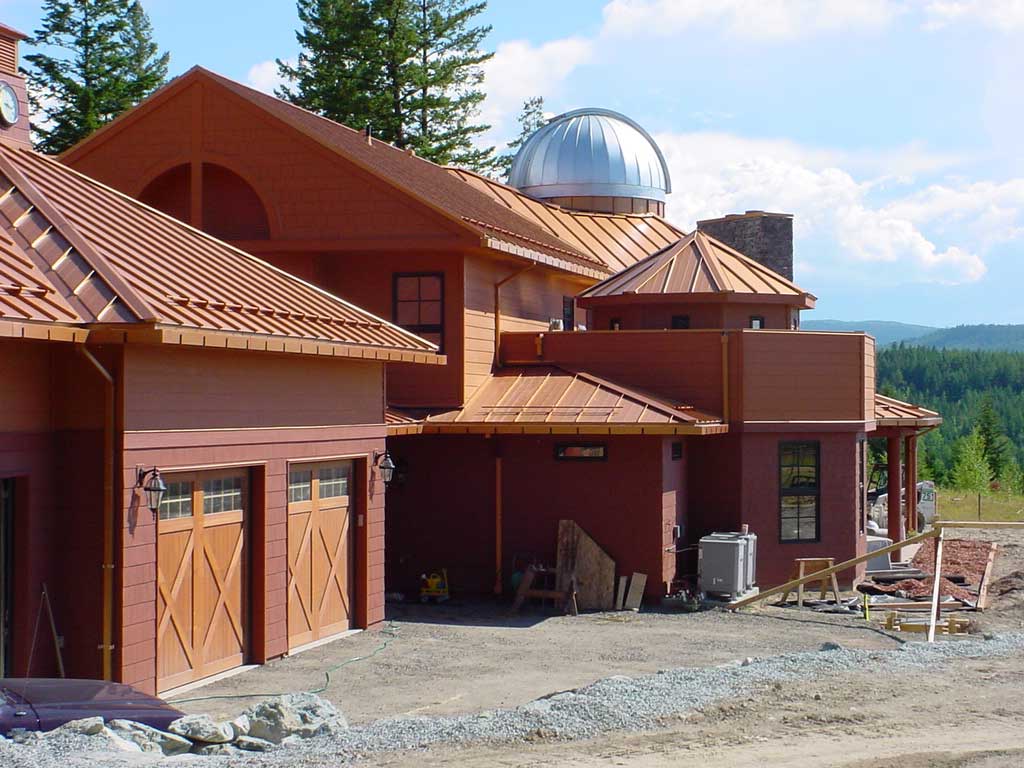 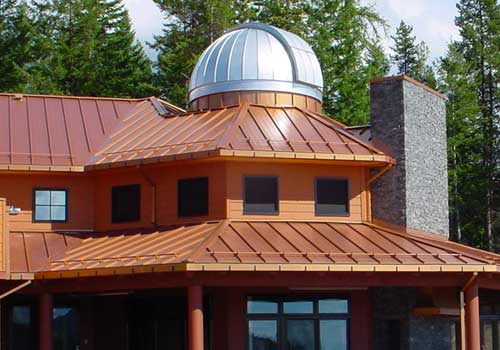 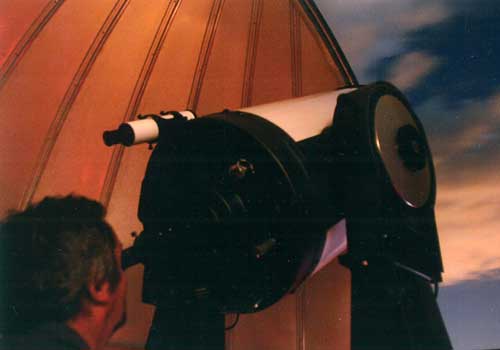 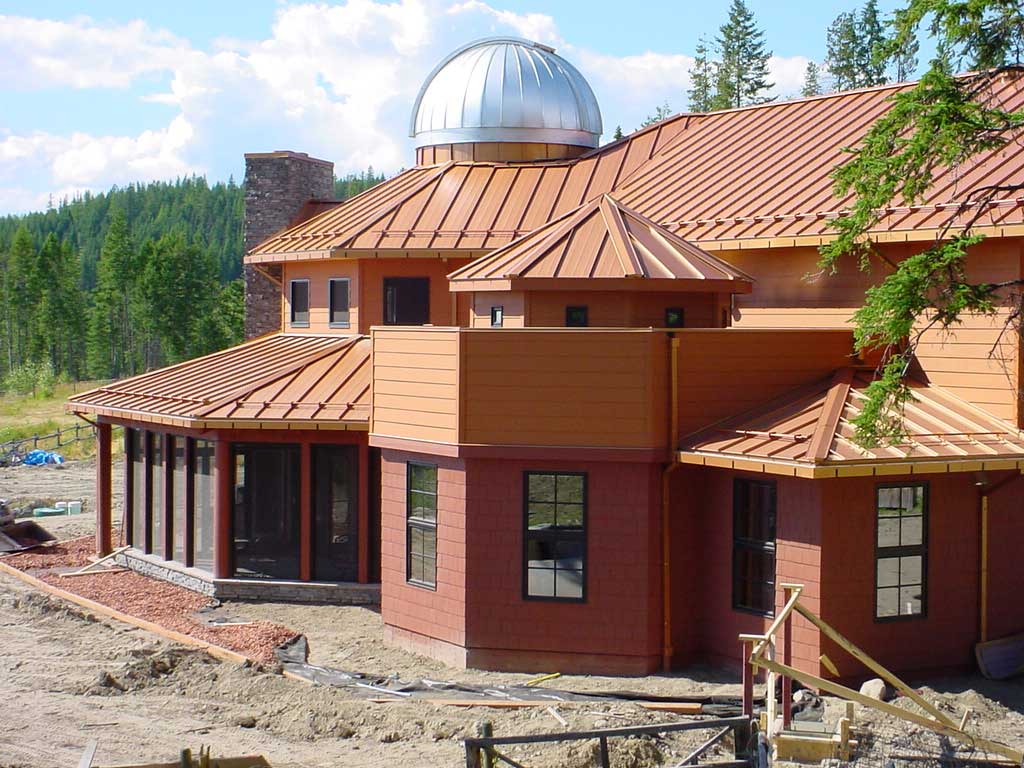 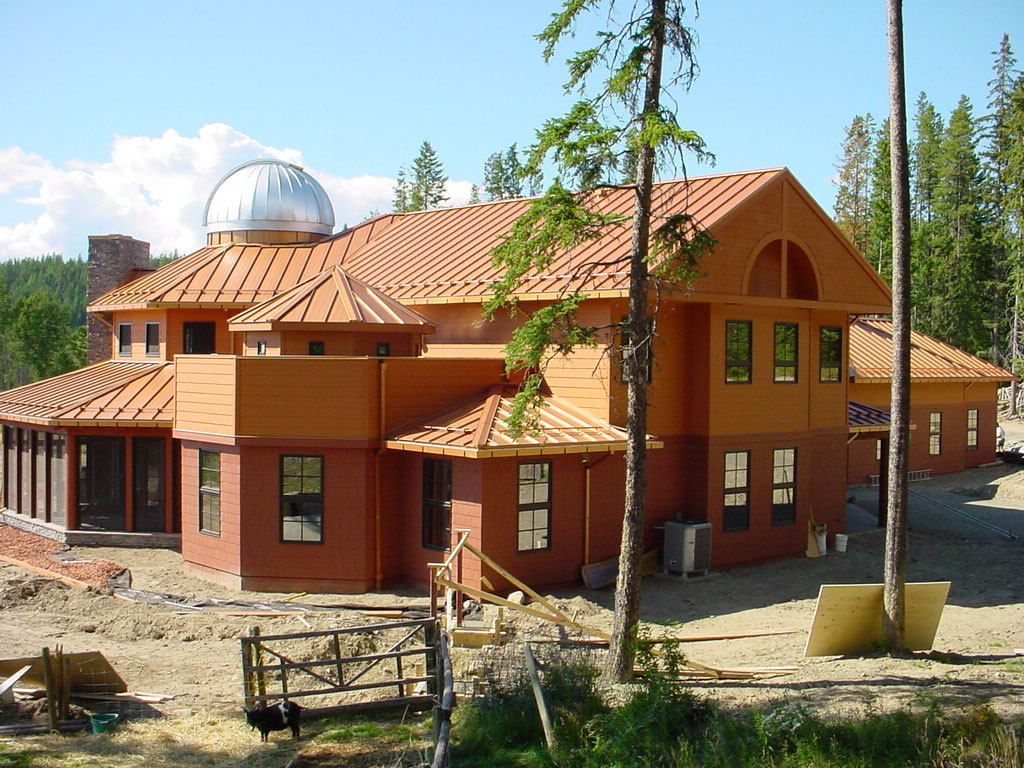 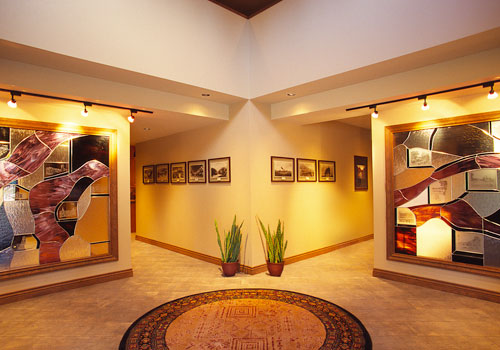 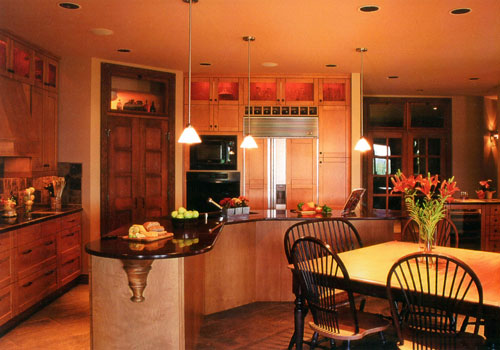 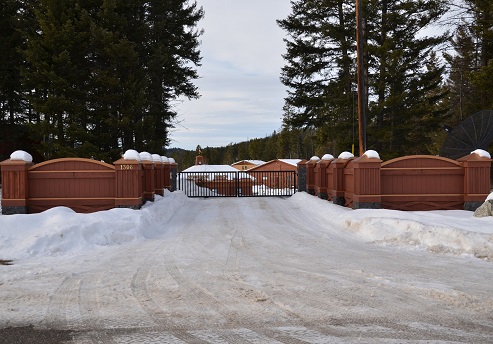 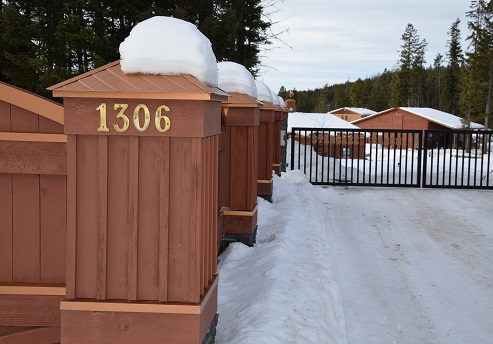 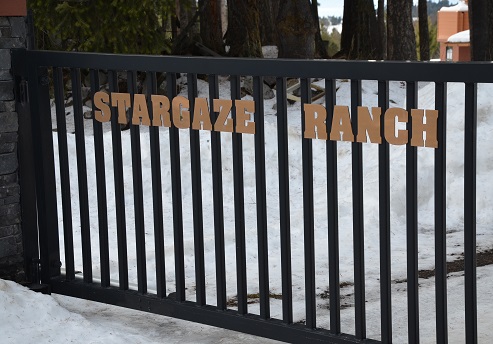 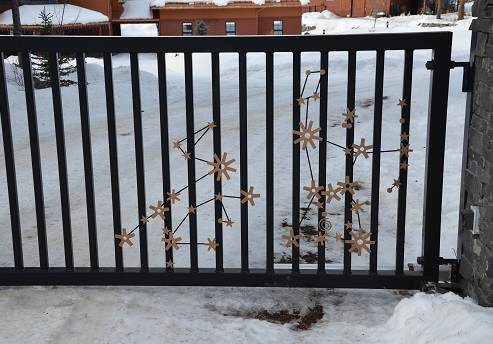