My mother used to say to me these choice words when I was a young boy: "You will reap what you sow son."

"I have never forgot her wise words". 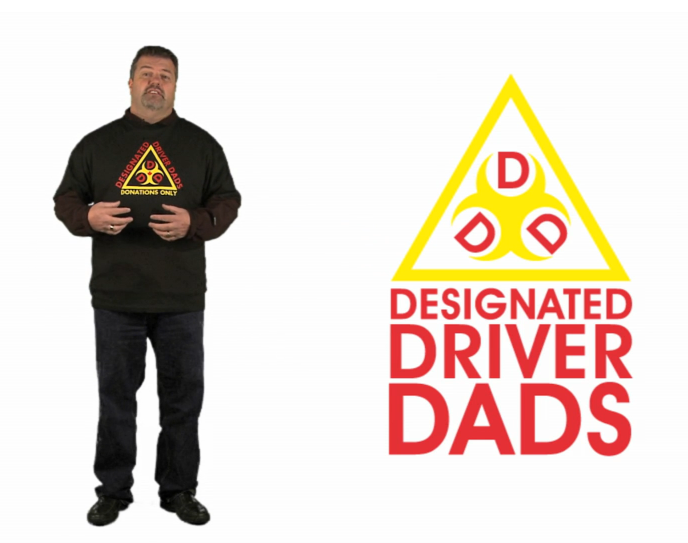 Need help? Call 250-862-6096 on Friday or Saturday nights between 1am and 3am Are you interested in getting involved? Call Paul direct at 778-214-1177 for more information and he will be glad to answer any of the questions you might have. Take a look at what it is all about at our webpage at: www.designateddriverdads.com

I don't know if you remember me but you and one of your volunteers drove me home last Saturday, I was downtown, I managed to lose my friends, and my debit card wasn't working so I didn't have enough money to pay for a cab home. I just wanted to thank you from the bottom of my heart. Listening to your stories and talking to you on the ride home was really nice. It's not too often that you find genuinely nice people these days. I know that I am not a dad, haha, but if there is any way that I can help you dads out please let me know. Thanks again for getting me home safe. ~ Becky 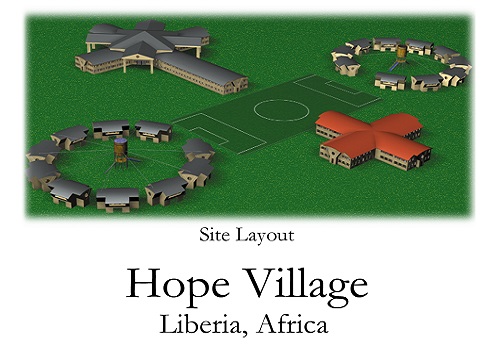 Nesbitt Originals was contacted by Ralph Bromley of Hope for the Nations to design a self-sustaining orphanage village to help the surviving parental community in Guanta to raise up the orphans left in the wake of war after the new self-appointed President, Charles Taylor, overthrew the previous Dow administration. The power, phones, internet, and basic utilities were destroyed & we were asked to travel into that situation to take site measurements & meet with Taylor's new administration in order to make inroads into rebuilding that part of Liberia which seemed to be forgotten by the civilized world. A school, a hospital, and two storey homes had to be designed with gravity fed roof rain water as their basic service. With little or no tools available in the country, I had to bring in even basic tape measures to establish property boundary lines so a plan could be drawn up and given to the senator of Nimba County, where the village would be built. It's a design project that I will never forget. A simple shower and a mattress bed was greatly appreciated upon returning to Canada. My heart would never be the same.

This is the second orphanage that we designed for Liberia. Len Lindstrom had a vision to help the homeless children in Liberia after he travelled there to start a mining exploration company. His heart broke for the kids he saw who were left without parents after the war had torn the country apart. We helped him visualize what the buildings could look like.

Good friends of ours, Rob and Evy Payne went over to Thailand to rescue sex slaves from the rampant industry of forced prostitution and bring them back into the real world. They bought girls out of the brothels and set them up in homes and taught them how to make products to sustain themselves. We helped the Payne's vision for a place of healing to become a reality.

A pastor from Newfoundland shared his vision with me to open up a new church within an existing building in the warehouse district of his home town. He needed drawings to cast that vision to his congregation, so we helped him achieve that.

A developer saw a need for the aging parents of famous people to find a safe place to find care which was "out of the way" from harm. We were able to take an existing school building and redesign it as a long-term care facility with a 24/7 secured environment.

We were invited to ask God what He wanted the Collegium to become. I presented a free concept to leadership of housing built over the roof for single moms. 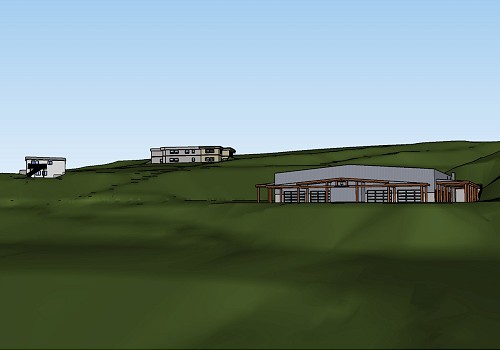 A pastor within our city approached me to plan a summer camp facility on a large hillside acreage. He was given a disassembled steel building that could be reconstructed on the property and modified to be the camp's main rec center and dining hall. We also designed small 2 bedroom cabins for anyone who wanted to time share on the site while their kids were at camp. These plans helped him cast the vision to potential investors. 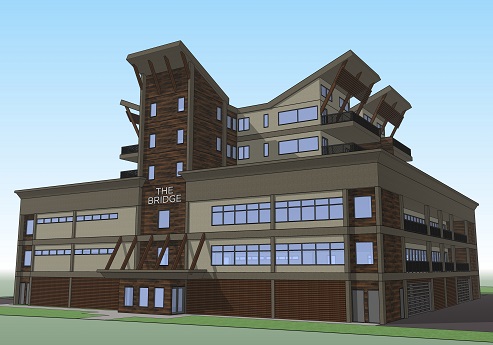 The site where this concept is to be built had an existing church building on it, which was full up and had run its course. The need for expansion had to go vertical, as land costs are high in our city and the zoning allowed for a much higher building.  They already owned this land so the simple strategy was to design the church into the second and third floors of a new building. The fourth fifth and sixth floors could house single moms in support housing. With the new concept built on concrete stilts, the parking could be on the ground level; thus solving the parking requirements.